One of the major areas that many people have trouble determining, and far too often err on the side of not near enough – is frequency in their marketing actions. 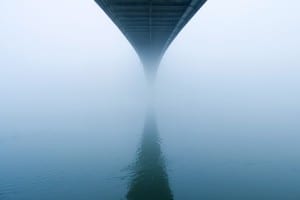 And as the majority of people digest an increasing variety of media – the frequency rates that marketing actions can have is actually increasing.

I guess it comes from us being bombarded by the same commercials over and over – especially when we were younger, and consuming a higher amount of the same media at the same time. We got to detest those commercials that would not stop, that we just had to keep listening or viewing over and over.

But now, as we typically have more diverse habits of viewing different media, be it TV, radio or online (social media or websites) – there is less chance of overload in frequency.

And the typical business owner does not get anywhere near the frequency that large advertising campaigns use.

I was looking at a few different examples where they were thinking they were doing some pretty good amount of promotion online.  One group was posting in batches, about every 3-5 days.  And had only put their offer out once – the rest were filler type social media posts.

Another individual had sent out their message a few times, but again averaged only a bit more than once per week of a direct offer.

There is no actual answer for what is the right frequency, but the rule of thumb is until you are having complaints about your marketing – your frequency is not high enough.  And a few complaints means that there will be an even larger amount of people that are actually taking in your message and hopefully acting upon it.