Communication is a key element of good marketing. 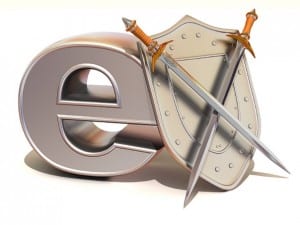 If you are communicating effectively – you can cut right to the heart of the issue and give your target market exactly what they need.

If your communication is poorly implemented – it can cut the other way – losing your business, turning clients away, cutting away at your reputation and brand.

Things tend to come in three’s so now that I have had my third communication issue – I guess it is time to write about it.

I confess – usually the one that gets in trouble with communication is me. I totally admit that I am not a natural good communicator – but thankfully it is a skill that can be practiced and I can get better at it. And I think I am getting fairly proficient – at least I think so.

This time – the communication issues came from others. I would not call them blunders – and you may even think they are insignificant in the grand scheme of business and life. I would agree – if there was only one – but since there is three – it must now be communicated to all – my duty as a marketing professional. 😉

The first was the most direct – and I did take slight offense.

It happened in a group discussion on LinkedIn. 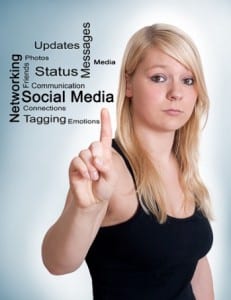 Oh – I forgot to mention – they all involve social media. In fact – they all opened the door to the initiator of a social media topic to enhance engagement – but instead they took the negative path and either shut down the communication, or went on the offensive.

So in a LinkedIn discussion the individual posted a link to a video. I commented with a brief question asking about the key topic of the video.

This could have opened up the discussion to allow for more sharing – digging deeper into the topic – bringing more people into the conversation – making the discussion trend, etc. All good things. Instead the poster came back with a vague response, along with asking if I watched the video.

I responded that I hate videos – and that I prefer reading due to it is quicker for me to gather information. This was my personal opinion. My actual comment was quite pithy (I believed) – and I even added the token smiley face 🙂 to keep things light.

The OP (Original Poster) then came back with a personal accusation – that not only am I wrong – I am ‘so wrong’. The OP then went on to also call me lazy and to accuse me of only posting to draw attention to myself. He then went into more extra details to prove how smart he was.

As is my nature – I responded back – civilly of course – pointing out it was my personal opinion and that he was offending me.

So in this case – the OP has turned his original post from an opportunity to discuss his original concept in detail – into a debate about offending people and personal opinions on video as a communication method – both of which does very little good for anyone.

The second issue was not quite as provocactive. This one started on Facebook. The original poster provided a link to a job advertisement and was asking for people who were interested. The opportunity not only was of interest to me personally, but I also knew quite a few people who may be a very good match for the position.

As the job description – although interesting – did leave out some critical information – one way I thought to define at what level they were needing an individual was to consider the compensation range. The other detail they had omitted was the crucial >> how to apply.

I made a brief comment praising the opportunity, letting them know I would help them (using reciprocity) – and asking my questions. This was my comment;

“Sounds very interesting and challenging. What is the compensation range and how do you want applications submitted – will pass it on as well.”

The OP did come back with a response a few hours later to the question of how to apply – but that was it. Nothing personal, nor did they remark on my offer of sharing, and said nothing about my compensation question. Not even the token, ‘Depends on experience’ line that so many HR people use.

So I decided to take my discussion off social media and I emailed them. At this point I was still interested in this opportunity – as it would either be very good for a few friends I knew who were looking, or I could possibly turn this into a contract marketing opportunity.

My email asked a number of questions about not only the compensation for position, but about their marketing plan, their current marketing budget, their marketing strategy, their team and so forth. I was hoping for enough information to clarify how to deal with this opportunity.

They emailed back the next morning a very templated thank you for your inquiry email – but that these questions would be answered if and when I was in the interview.

Well I was thinking of leaving it at this point – as I did not know if it was worth passing on to my network, to individual friends, for me to send in an application, or for me to develop a marketing proposal.

But I decided to try once more and go along with their road. I sent in my resume, but included a personal note demonstrating my marketing experience and asking for a meeting (not an interview) at an appropriate time I had available.

The came back again with the template typical response saying they have my resume and if I have the background and experience (are these not the same thing) I would be contacted for an interview.

Again – the OP could have be more engaging in the Facebook conversation, could have politely refused, or given me a compensation range. That would have at least kept the conversation flowing – which would bring in more viewers to their post, thus better exposure to their job ad.

If in response to my post or email, they had answered some of my questions, or if they had engaged me at some level, I would have shared the original job ad with my network, and would have forwarded it directly to at least two people I know who are quality people and have the skills asked for..

But since they shut down communication – did not engage with me – I am left dissatisfied, with a bad feeling about the organization as a whole, and have not shared this with anyone other than in this article.

I won’t go into great detail other than it was similar to the first two issues. I made a query – and was responded by an impersonal and non-effective answer. I tried again to get further information – and at this point was shut down by saying the first answer they gave was enough.

In conclusion – what this points out is that people are not engaging on social media effectively. In fact – at times they are being downright rude. And this is flowing over to email communication as well.

You must understand two things. Online – whether in email or social media – you must be a forth coming and polite as you would be in person. In fact – I recommend you go the extra step when online – as you don’t have the opportunity to use body language or tone to convey your message. Therefore you must use your words even more convincingly.

Second – every interaction online is an opportunity for a sale, to grow your brand, to advance your cause. You are either making forward progress, or cutting yourself off from future clients.